The Queens Pride Parade and Multicultural Festival is the second oldest and second largest pride parade in New York City. Founded in 1993, it is held annually on the first Sunday in June, in the neighborhood of Jackson Heights.

The parade was founded by Daniel Dromm and co-chaired by Maritza Martinez to raise the visibility of the LGBTQ community in Queens and memorialize Jackson Heights resident Julio Rivera. Queens also serves as the largest transgender hub in the Western hemisphere and is the most ethnically diverse urban area in the world.

The Queens Pride Parade formed in response to Rivera’s murder and, more directly, to the 1992 homophobic outcry over the inclusion of gay and lesbian content in the Children of the Rainbow curriculum, which was designed to teach children tolerance of all of New York City’s diverse communities. As a result, former NYC Council Finance Chair Daniel Dromm, who was then a public school teacher in the borough’s Community School District 24 (where the controversy was centered), came out as openly gay and decided to counter the ensuing propaganda with a family-friendly celebratory parade that would promote LGBT visibility and pride, and be based in a neighborhood where many closeted gay people lived. 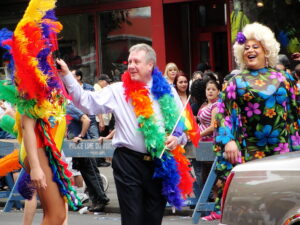 “I wanted people to know that lesbians and gay men were their family, friends, and neighbors.”

On November 22, 1992, the initial planning meeting was held in Dromm’s Flushing apartment, and the formation of the Queens Lesbian and Gay Pride Committee (QLGPC) followed soon after at a meeting of Queens Gays and Lesbians United (Q-GLU). Co-chaired by Dromm and Cuban-born LGBT rights activist Maritza Martinez, QLGPC canvassed neighborhood gay bars for donations and support. Dromm later recalled that some bar owners were resistant, “It was a very quiet lesbian and gay community — a large one but not a very visible one. [People were worried] that if they became visible, they would pay a price.”

The first Queens Pride Parade and Multicultural Festival took place on Sunday, June 6, 1993, and an estimated 10,000 people attended. The parade route ran from 89th to 75th Streets along 37th Avenue, which was painted with a lavender line. The accompanying stage show featured drag queen and transgender performers, who were also pivotal beforehand in helping to raise money and promote the parade at the gay bars where they regularly entertained. Martinez gave a bilingual speech, with the following spoken in Spanish: 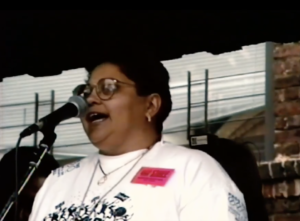 “We know that many gay and lesbian Latinos live here in Queens. This is the moment, with this parade, to come out of the closet and demonstrate that we are Latinos and gays!”

The Queens Pride Parade inspired the formation of pride marches in Brooklyn and the Bronx, and is the second oldest pride march in New York City. 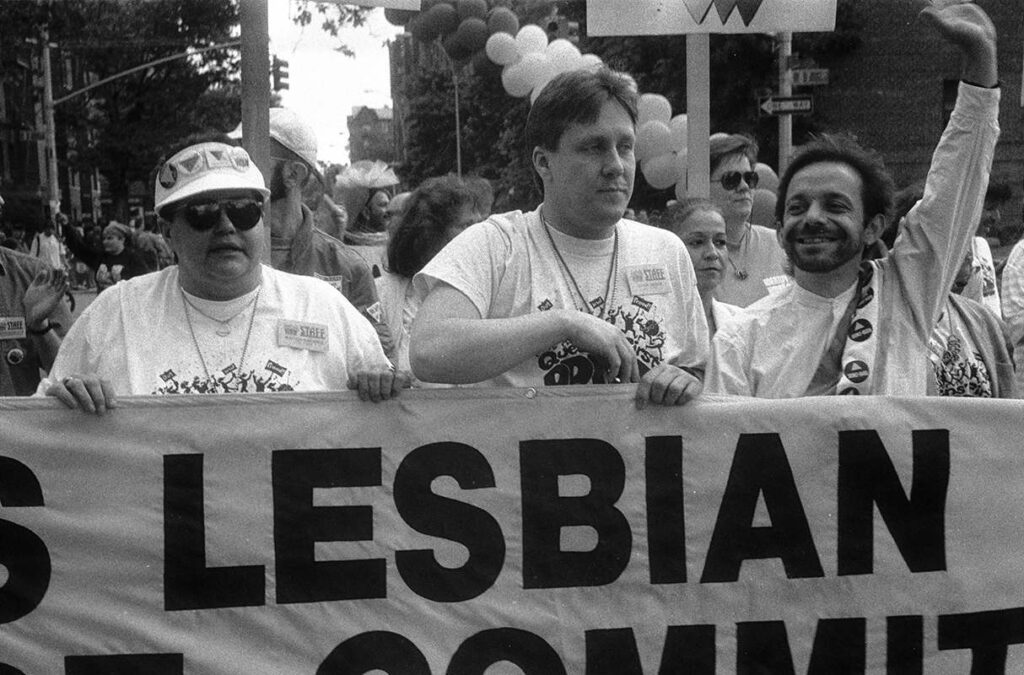 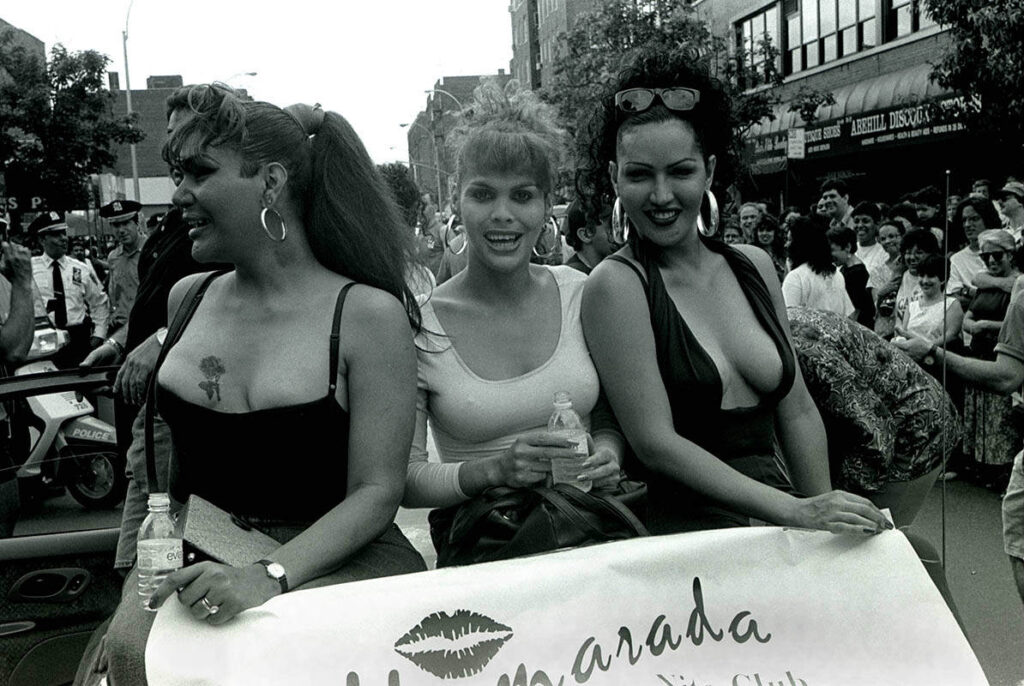 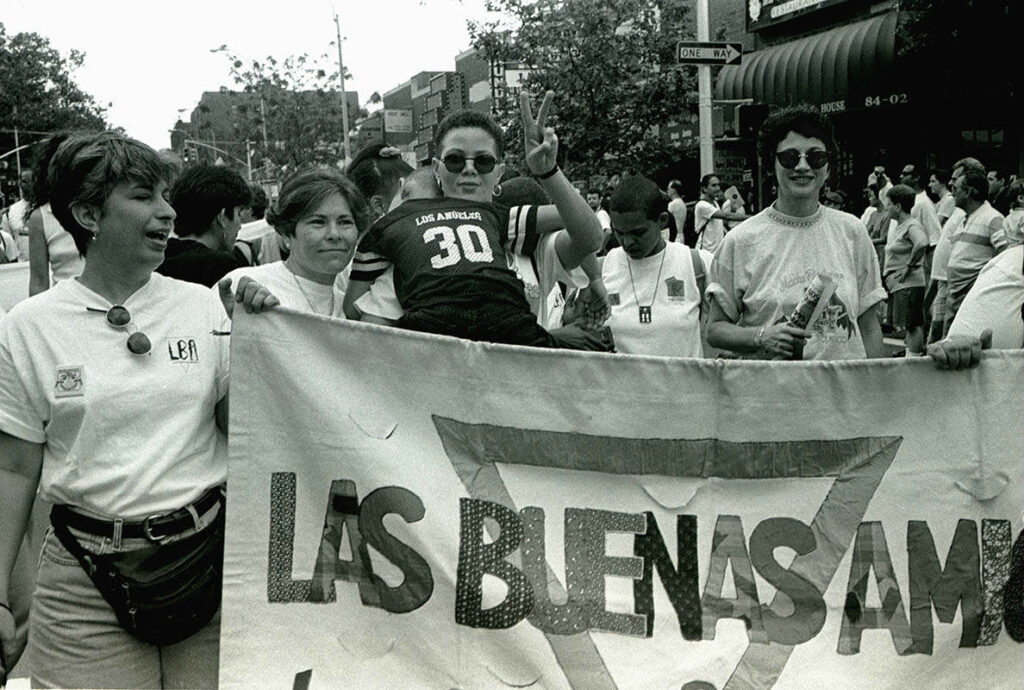 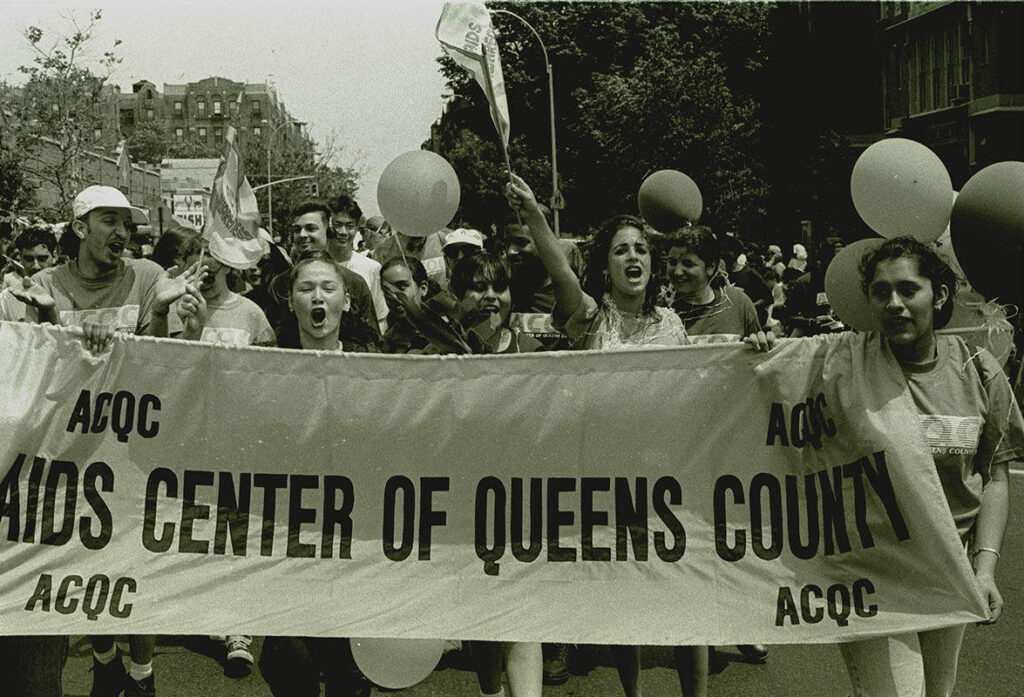 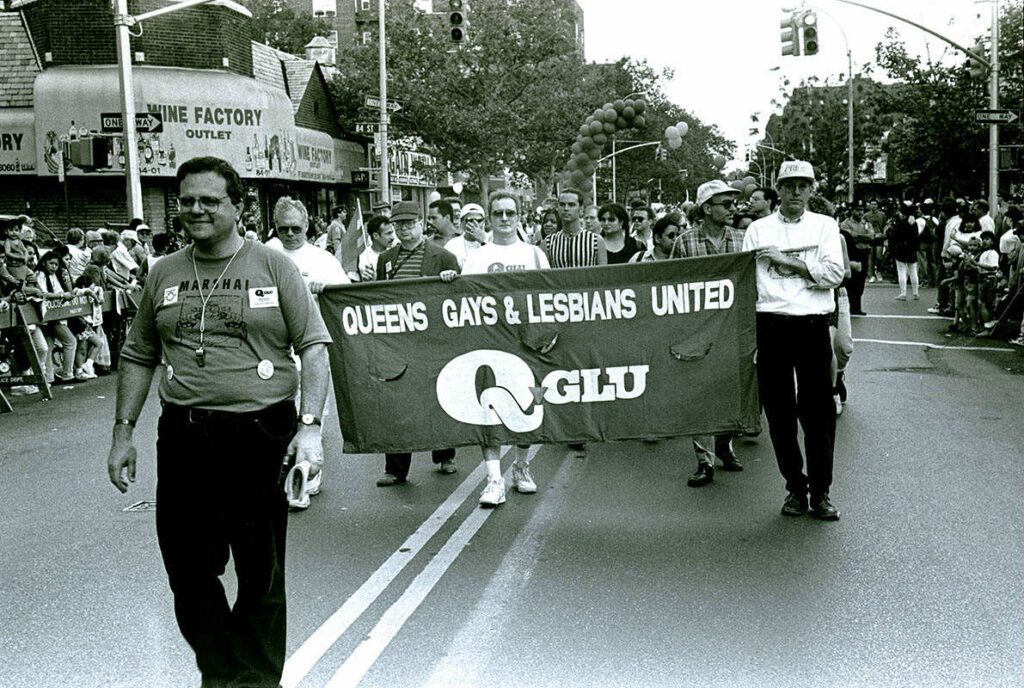 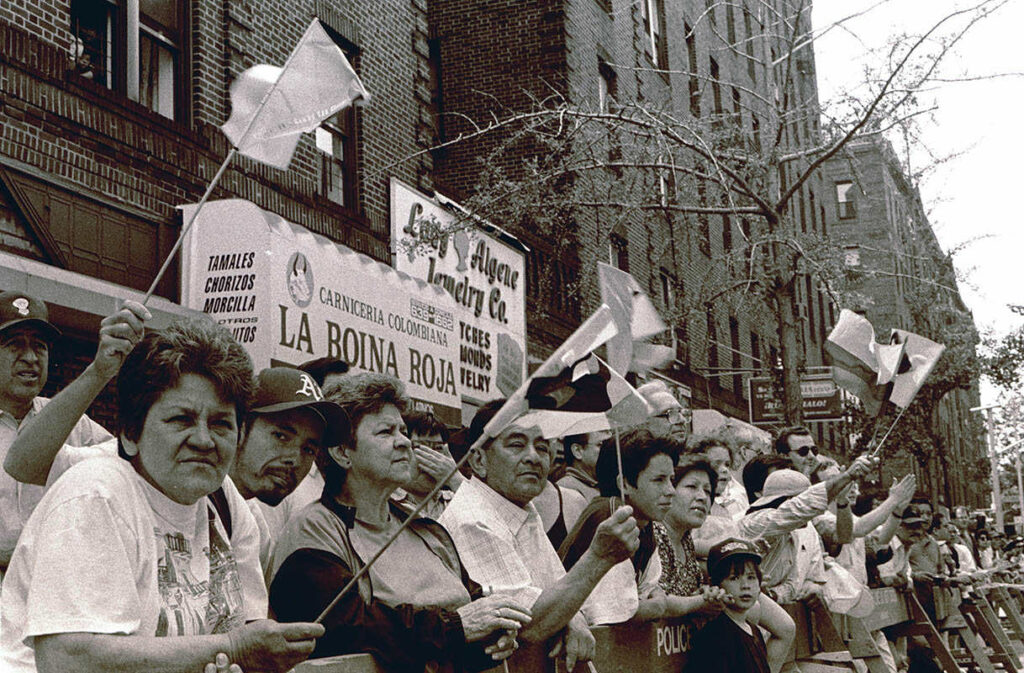 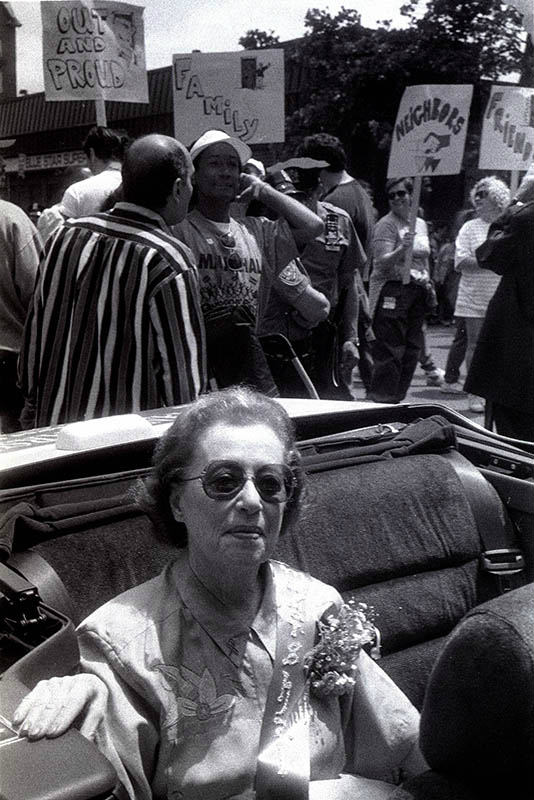 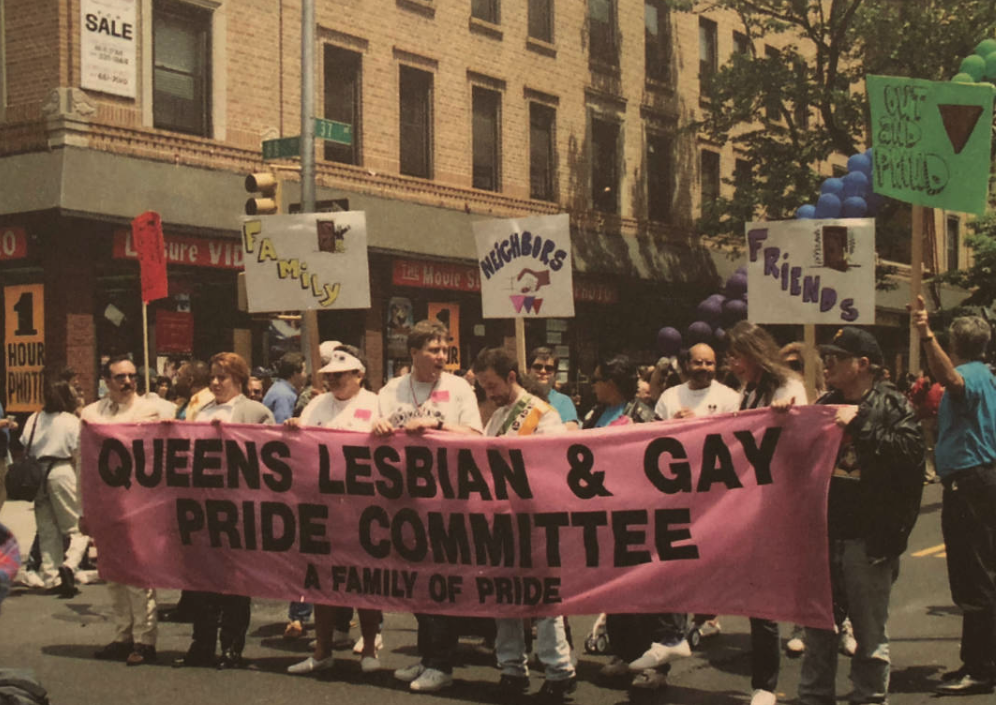 The New Queens Pride and Festival is produced by the

The LGBT Network is a 501(c)(3) non-profit organization that is a home and voice for LGBT people, their families, and support systems in Long Island and Queens.

Our three LGBT community centers help LGBT people to be themselves, stay healthy, and change the world.

Since 1993, we have been pioneering advocacy and social change to create safe space for LGBT people where they live, learn, work, play, and pray.

Connect with the LGBT Network